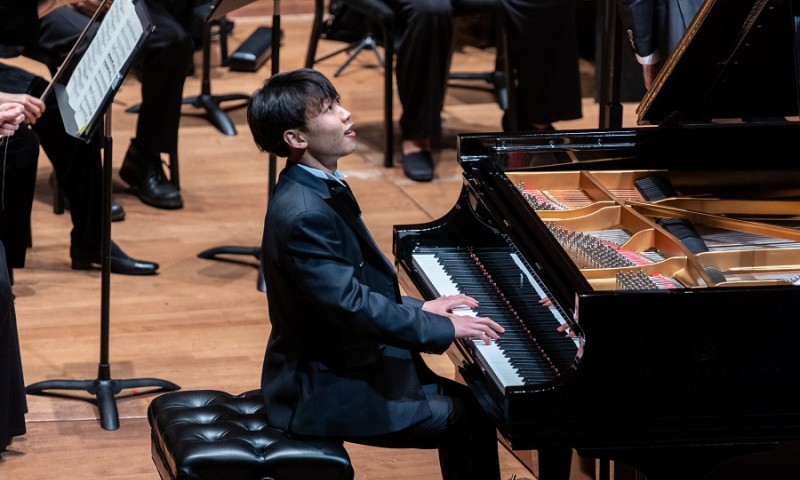 Here is what music critics say of his playing, last week in New York:

[…] “On Friday, at Alice Tully Hall, Susan Wadsworth presided over her final gala program at the helm of Young Concert Artists, the organization she founded 58 years ago to foster the careers of gifted new musicians. [… ]

Not only did Mr. Lee effortlessly dispatch streams of passagework, spiraling runs, leaping chords and bursts of octaves, he also played with nuance, delicacy and rich variety of touch. Even a few years ago he had musical insight and sensitivity, as this video of him performing the Overture of Bach’s Partita No. 4 makes clear. ”

[…] “To conclude the program, Nathan Lee (above, photo by Paul Shim) performed Mendelssohn’s Piano Concerto # 1. This young virtuoso, who hails from the state of Washington, began playing the piano at the age of six, and made his orchestral debut at the age of nine. “” He is now 17, and has already built an impressive resume. Displaying the assured artistry we would expect from musicians much further along in their careers, Mr. Lee’s depth of feeling in the Andante (often playing with his eyes closed) and his nimble and dynamically balanced, his work captivated the audience.

From its opening orchestral agitated of rising chromatics, the pianist serves up his splendid opening statement; the music then slows for a lyrical piano only. Horn calls precedes cadence, during which a double-barreled cellphone intrusion (it rang, and then a recorded message was clearly audible throughout the house) nearly derailed the performance. But Mr. Lee maintained his focus. In the ensuing Andante, his playing was expressive, magical, and abundantly gorgeous.

Turbulence marks the start of the concert’s concluding Very cheerful and lively, the pianist commencing with cascades of notes, delivered with dazzling dexterity. The orchestral writing made me think of times of Offenbach. Mr. Lee’s playing with marked dynamics … and a sweet tug of rubato, judiciously applied.

As the concert came to its brilliant conclusion, the audience went wild for Mr. Lee. Returning amidst an insistent standing ovation, the pianist offered an encore: Debussy’s poetic “Beau soir”, played with ravishing clarity. ” 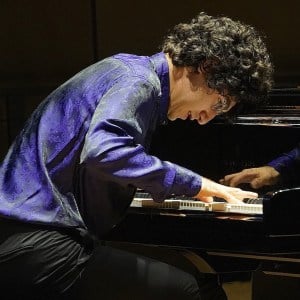