Born in Bologna, Italy, Maurizio Sciarretta graduated from the “G. B. Martini” Conservatory of Music in his native city under the tutelage of Maestro Luigi Rovighi in 1995. While at the Conservatory, he attended an advanced study for violin with Maestro Renato Zanettovich at the “Scuola di Musica di Fiesole” in Tuscany.

From 1994 to 1996 he participated in the advanced study course of Maestro Massimo Quarta organized by the Regione Emilia Romagna and the European Economic Community in Bologna.

He attended numerous lessons and master classes with distinguished Italian and foreign teachers including Franco Gulli, Enzo Porta, Cristiano Rossi, Viktor Tretiakov, Thomas Brandis, Pavel Vernikov. From his youth he played as soloist with the Orchestra del Conservatorio “G. B. Martini” and with that of the Teatro Comunale of Bologna with notable success.

For his advanced studies in December of 1995 he moved to Lubeck, Germany, and subsequently to Cologne, where he was the only Italian student under Maestro Zakhar Bron of the famous Russian school of David and Igor Oistrakh.

In March 1998 he performed with spectacular success in a nationally important concert in Bologna together with Maestro Bron playing for the “Conoscere la Musica” association.

In 1999 after an entrance competition, he was accepted for advanced study with the Scuola di Alto Perfezionamento “Walter Stauffer” in Cremona under Maestro Salvatore Accardo. Then he travelled to London where for several years he studied under the renowned Romanian concert violinist Eugène Sarbu.

In February 2002 he held a concert together with Maestro Eugène Sarbu and the Orchestra da Camera of Bologna for the presentation “Musica Insieme in Ateneo” playing the J. S. Bach Concerto for two violins. After this performance Sciarretta was described as “one of the most promising violinists of the new generation”.

Among the numerous engagements in the year 2002, the most memorable was that of February 23rd in Gstaad, Switzerland where he inaugurated the celebrated international festival “Les Sommets Musicaux de Gstaad” playing alongside world famous musicians such as Anne-Sophie Mutter, Lynn Harrell, Grigorij Sokolov, Cecilia Bartoli, Vadim Repin and others.

Additionally, Maurizio Sciarretta has won national and international awards. On November 20th, 2002 he won First Prize and the special “Paolo Borciani” award for the best performance of the Sonata for violin and piano at the well known International Violin Competition “Michelangelo Abbado” in Milan. Together with his work as violin soloist he has performed in numerous concerts in various duets and chamber ensembles in Italy and abroad.

From 2001 to 2004 he took part at the Orchestra Filarmonica “Arturo Toscanini” of Parma, Italy, wich he held numerous concerts in Italy and abroad under the direction of famous conductors, such as Lorin Maazel, Zubin Mehta, Georges Prêtre, Mstislav Rostropovich, Charles Dutoit, Yury Temirkanov and others.

Maurizio Sciarretta is teaching violin at the acclaimed “Incontri col Maestro” International Academy in Imola and is also assistant to Maestro Zakhar Bron in his Masterclasses in Zurich, Germany, Italy and abroad. 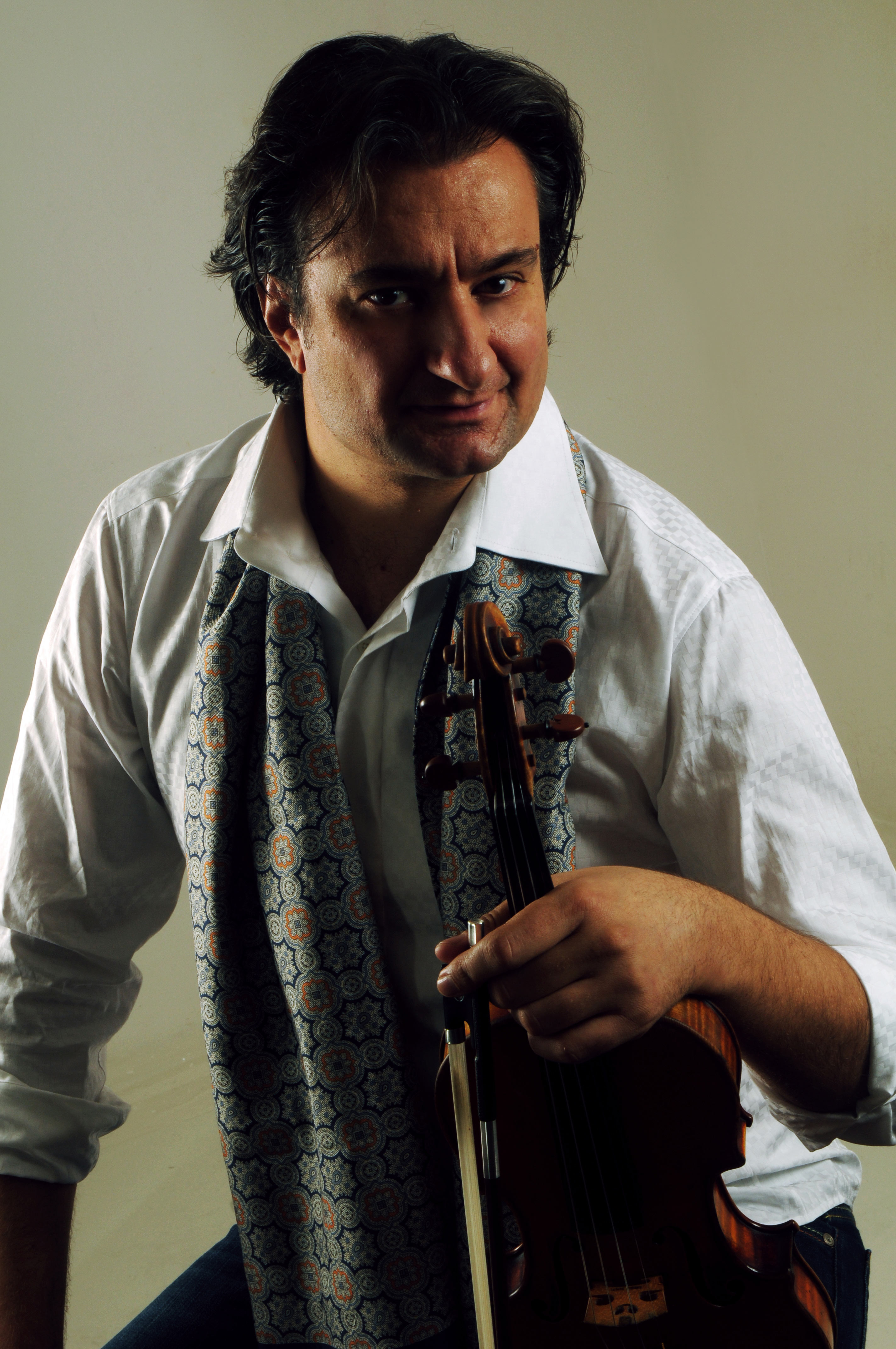