Described as a “mature, intelligent, very sensitive and emotional musician”, French Israeli Conductor Gaddiel Dombrowner, is the 1st prize and orchestra prize winner of the 3rd Turchak Conducting Competition (2017). During the coming season of 2019/20, Gaddiel will conduct among others in Kunming, Lviv, Kiev, Perugia, Matera as well as in Israel. He has worked in the past as assistant conductor at the Cleveland Opera Theater while conducting in productions such as La Boheme and Le nozze di Figaro. Gaddiel is also a resident faculty conductor in both summer festivals of MusicFest Perugia and Vivace! Matera.

Gaddiel is also a growing opera conductor and has conducted productions as Cavalleria Rusticana and Pagliacci with Varna State Opera, La Traviata with Kiev National Opera and Conservatory, Cosi fan Tutte and La Boheme at Music Fest Perugia among others. He conducted also new operas such as “Insane Indik” by Eyal Baat (2018) at IMVAJ Opera masterclasses. Born in Paris and with a true passion for the French music, Gaddiel has premiered in Cleveland Saint-Saens’ Symphony No. 2 in A minor and Milhaud’s Chamber symphonies. His last project in Kiev with NASOU revived Franck’s symphonic poem “Le Chasseur Maudit”.

Gaddiel also sees great importance in promoting New Music and has worked with young composers such as Alexander Malikov, Jiri Tritik and Qingye Wu during his studies in Cleveland, as well as with Israeli composers Talia Amar, Yasmin Tal and Omri Avram.

Gaddiel received scholarships from the Israeli Ronen Foundation and won the Music field prize of Casip-Cojasor for the year 2011-2012. Gaddiel has a Master from the Cleveland Institute of Music in Conducting under the tutelage of Mr. Carl Topilow (2017) and has a double Bachelor Degree in Music at the Jerusalem Academy of Music and Dance in Conducting with Dr. Eugene Tsirlin (2013) and in clarinet with Prof. Ilan Schul (2009). Gaddiel currently lives in Jerusalem, Israel with his wife Ella. With a great interest for languages, Gaddiel is able to currently speak six different languages with French, Hebrew, English, Italian, German and Spanish, and at the moment learning Ukrainian and Chinese. 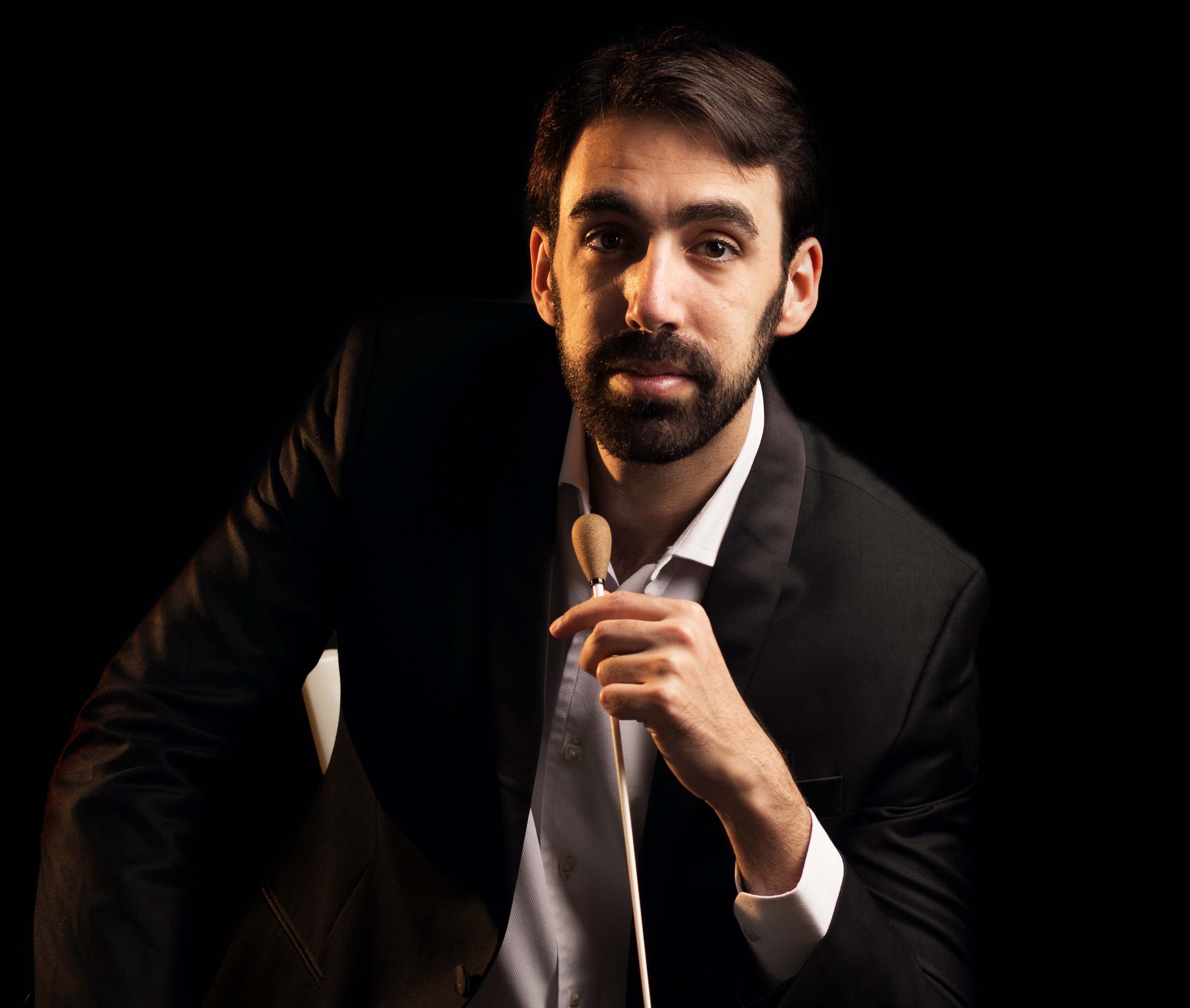