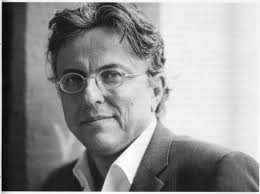 Andreas Frölich studied at the conservatories in Freiburg and Köln. He has won prizes at various international piano competitions (e.g. Senigallia, Finale Ligure, Milan and the International Music Competition in Vienna). His concert performances take him both as a soloist with internationally well-known orchestras and as the pianist in the Berlin Mendelssohn Trio and the Ensemble Wien (which includes the leader and members of the Vienna Philharmonic), to the leading concert venues in Europe, South America and Asia, as well as to South Africa and Australia (e.g. Concertgebouw Amsterdam, Musikverein Wien, Philharmonie in Cologne, Ga München Gasteig (Munich), Teatro Colón Buenos Aires, Konzerthaus Berlin, Teatro Municipal Rio de Janeiro) and to major international music festivals, including the Rheingau Music Festival, the Schleswig-Holstein Music Festival, the Salzburg Easter Festival, the Mozartfest Würzburg, the Emilia Romagna Festival and many more all over the world.

His artistic activity also includes numerous radio productions for all the leading German broadcasters, and more than thirty CD productions, some of them award-winning, for CPO, EMI, OehmsClassics, BMG and VMS. Andreas Frölich is the artistic director of the Amadeo Festival in Aachen and the Orpheo Concert Series in Kerkrade, and the chairman of the jury and artistic director of the international piano competition ‘Prix Amadeo de piano’ in Aachen. In addition, he is the musical director of the EURIADE Festival. He is a professor at the Cologne University of Music and Dance in Cologne on its Aachen campus and gives regular master classes, for example as visiting professor at the international Summer Academy organized by the Mozarteum in Salzburg. In addition, he is in demand as a juror at numerous international piano competitions.